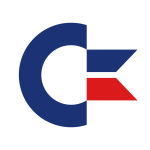 The CBM DOS can write “relative data” onto disk, based on individual records. The advantage is that all space is allocated once and then randomly accessed if and when it’s needed – much like the tracks on a CD.

Let’s see how we can deal with such relative files in CBM BASIC 7.0. This works with all physical disk drives (1541, 1571, etc) as well as the SD2IEC card reader – but not with your trusty old Datasette (for obvious reasons).

This was revolutionary back in 1982!

When we create a new file, CBM DOS doesn’t know how many records we’ll need, but it will create as many as necessary on the file. Here we create 100 entries using a for loop and write them to disk using the PRINT# statement.

Notice that before saving a record, we must position the record pointer using RECORD#. That’s how our data is written to the correct position on disk. The whole loop will take a while to complete, but all space will be allocated on the disk as soon as we CLOSE the file.

To add more records, we’ll simply position the record pointer to a later entry – even if one does not yet exist. CBM DOS will create the last record and all records leading up to it so they can be used later, up to a maximum of 65535 (space permitting obviously).

Much like with sequential data, we can either use INPUT# or GET# to grab the data for an individual record. INPUT# reads everything until a CHR$(13) is found and works much faster, while GET# reads data one character at a time and is a lot slower.

Here we ask the user which record we want to retrieve. Next we open our relative file using DOPEN#, position to the desired RECORD# and then read in its value using INPUT#. When we’re done we close the file and ask if the user wants to retrieve another record.

While this type of data access is quick and convenient, it doesn’t help much unless you know which record is stored at which position. Think of an address book application: to find “Johnny Appleseed” can’t be done unless you sift through every single record until you find him.

Commodore therefore suggest to use sequential files alongside relative files, in which things like a last name could be saved together with the record number. Likewise, another sequential file could hold all records for the first names, and appended accordingly when a new record is created, or replaced when updated.