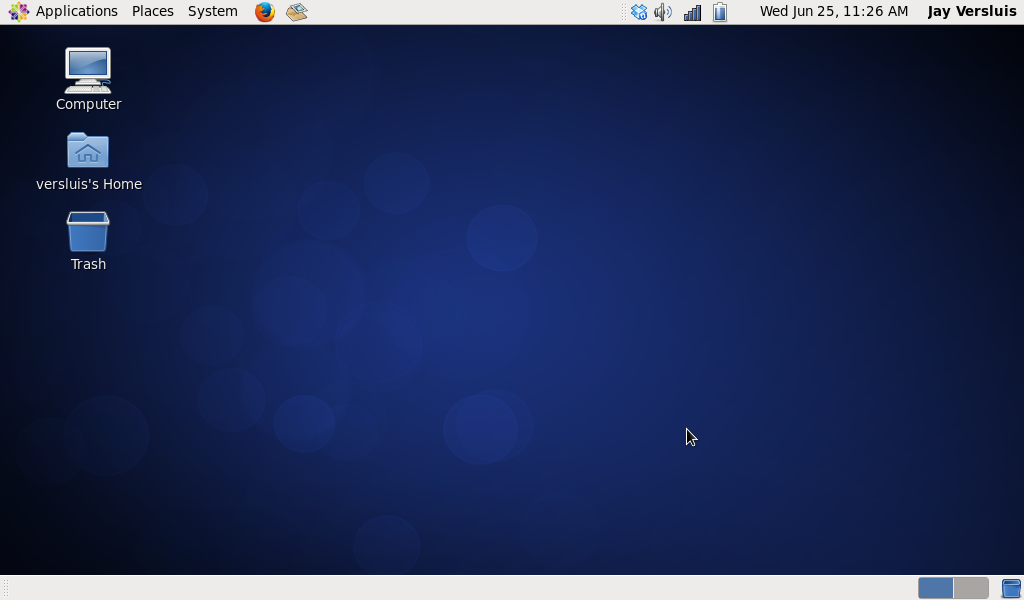 In the GNOME desktop, there is no obvious way to tell which version you’re running by way of the GUI. Instead, we need to consult the command line and try out a couple of commands to find out more. Here’s how.

Let’s open a Terminal session and do some hacking.

If you’re running GNOME 2.x (under CentOS 6 for example), you need to run the following command:

You may need to prefix this command with sudo, otherwise it will tell you that you’re alrady running a GNOME session.

Should the above not work, you’re likely on GNOME 3 (see next).

GNOME 3 uses a different command, namely this one:

If you don’t know which version of the GNOME panel you’re using (which is likely), try both commands. One of them will work, the other one won’t.