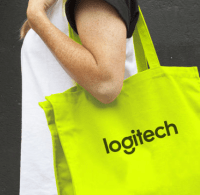 I’ve recently bought a new Logitech K360 keyboard for my HP Z600 workstation. I also had a Logitech M325 mouse, both of which came with Unifying USB receivers. I could plug both receivers in, and both devices would work great.

However, I heard great things about these little receivers and wanted to free up a USB port, and thought I’d connect both devices to the same receiver. Apparently you can connect up to 6 devices to one receiver and store any spare ones inside the mouse or keyboard. Being an all-efficient belt-and-braces kinda guy, I tried my luck.

Turns out it was relatively easy to pair both devices to the same receiver, thanks to a small piece of software that can be found here, along with instructions on how to use it:

It all worked fine on my Windows 10 machine, until I wanted to use the mouse (not the keyboard) with my Mac. I know, it’s exotic, and perhaps I should have just bought another mouse. But really, there’s only so much space on my desk, and I really don’t need more clutter in front of me for just an occasional switch.

I regretted pairing both devices to the same receiver and wished I hadn’t done that, for this very eventuality. So now I had to figure out how to UN-pair both devices again and put them back to how things used to be (before I started messing with them).

The Trouble I encountered

The good news was that when I used the original mouse receiver on my Mac, with my Windows PC switched off, everything worked just fine. It was as if nothing had ever happened. I was happy, modelling things in Blender (which is a little cumbersome with a Mac trackpad, or perhaps I’m just not used to it anymore). And even when I switched on my Windows PC, the mouse was still working on the Mac.

The trouble was the keyboard was no longer detected on the Windows machine.

So I plugged the mouse USB receiver into the Windows machine too, and now NOTHING was working anymore – neither in Windows nor on Mac. It was as if I had two dead devices on my desk. The light on the mouse still came on, but the light on the keyboard (usually comes on when you press CAPS LOCK) was also dead. I couldn’t access the Windows machine anymore either – so how was I going to start the Logitech software to repair this mess?

Lucky for me, I had setup a VNC connection to my Z600, so I just logged in from my Mac and at least got control of Windows that way. Always good to have that in place! I launched the Logitech software and followed the instructions… but none of the two USB receivers were detected. What a bummer!

The Solution: Un-pairing those devices again

With nowhere else to turn, I contacted Logitech Chat Support. And while I was waiting for the agent to reply, I tried the following. This made everything OK again:

Now each device is paired to its own receiver again. I can now unplug the mouse receiver and use it in my Mac, and when I’m done I can plug it back into the Windows machine and use the mouse there. They keyboard is at all times unaffected and can also be unplugged – for use with another computer. Awesome!

It’s a good idea to mark the receivers so that you know which one is which: in my case, I bought the mouse before Logitech had the big bad Logo Redesign idea, so both my mouse and its receiver have the old Logitech logo, and the keyboard and its receiver have the new logo. With this setup, the devices behave more like “wired” devices. Comes in handy if you administer multiple machines in your office.

What Logitech support told me

1. Download the Unifying Software on your computer http://support.logitech.com/en_us/product/6254
2. Once downloaded you will see the Logitech Unifying Software Welcome Screen (Plug it. Forget it. Add to it.)
3. Go to Advance click the name of the device>(device).
4. Select Un-pair
5. Your device will completely lost connection after unpaired.
6. Then close the unifying system.
7. Then Go back to Advance Select> Pair a New Device. Follow on-screen instructions
8. Check if the device if it’s working properly.

Hope this helps anyone who encounters similar issues.