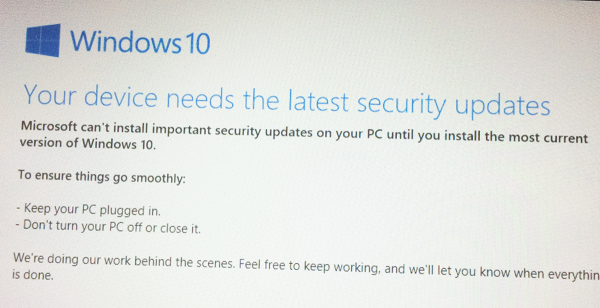 My first generation Surface Pro only has 64GB of space, roughly 20 of which I’m allowed to use (the rest of it is kind of forever “lost in cyberspace” – or so it seems). It’s been running all Windows 10 updates fine until a few months ago, when Windows kept bugging me that the latest security patches needed to be installed.

I was happily running Version 1703 up to that point and never had an issue with space limitations or deferring updates. Until early 2018, when Microsoft started  aggressively forcing the Fall Creator’s Update down my throat.

First of all, what a rubbish name for an update is that, “Fall Creator’s Update”?

Seriously. Please fire whoever suggested it, and please fire the people who said “that’s a great idea” too. Those who merely didn’t voice their opinions should simply be reprimanded. Why is this a rubbish name? Well for one, it suggests a seriously limited timeframe of upgrade opportunity. It’s nearly summer while I’m writing this, and many users – me included – haven’t or couldn’t yet upgrade to the latest “patch”.

Besides, what happens when “fall” is upon us again? Which version of the “fall” update are we referring to? What reference are you going to use next year? Perhaps the “summer” update, or the “spring” update? How future proof is that?

But I digress. The name of this “patch” is the least of my worries. The much bigger issue is that it’s not a “small patch”, it’s a whole new operating system – or at least the Update Assistant behaves that way.

And quite rightly so: because when the oh-so-intelligent Upgrade Assistant checks if the device is fit enough for the upgrade, three categories usually pass with flying colours:

The big green tick box next to the third point is – quite obviously – a massive lie, one that would make every matchstick man proud.

Right now, my poor Surface Pro is stuck in a never-ending upgrade loop: it starts downloading the new version of Windows, peacefully and in the background. It makes a point that it lets me do some work while this is happening.

It then goes ahead and installs everything, and always ends up with a friendly error message, telling me that “something went wrong”. I like that it just keeps it vague, as if perhaps magically, and with perseverance, next time things would work out just fine.

But they don’t. Tomorrow, or even later the same day, we’ll face exactly the same problems again – and there’s no way for me to change the behaviour of this terribly written user-unfriendly joke of an Upgrade Assistant. There’s no way out. It will keep trying to apply the update forever, and it will never be successful.

Of course the computer doesn’t know that. It’s like Dolores in West World, a machine without any recollection that the previous loop did not produce successful results. So much for Machine Learning and how successful those algorithms are in 2018.

I don’t mind being stuck in the eternal Upgrade Loop. Seriously. It makes me fee like I’m taking part in some dystopian test carried out at the Aperture Science Enrichment Centre.

The only problem for me is that the upgrade process starts even when I’m running on battery, nut just when I’m plugged in. This in turn cuts my battery life in half: I can hear the fan spinning as the update installs, unstoppably, clearly interfering with what I’m currently doing despite promises of the opposite. 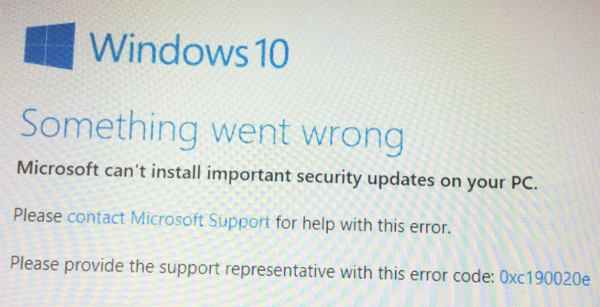 If space is the problem, why not use external storage?

What a great idea! If only this option would be supported!

But alas it is not – something the (junior) programmer of the Upgrade Assistant should have though about. And if not him, perhaps the 50 people who were also at the meeting, discussing how this thing should operate.

Or maybe there was no meeting? Perhaps the decision was made entirely by machines?  Nah, that’s highly unlikely. Machines would have never made a mistake as simple as this. The lack of foresight is quite clearly down to mismanagement of a once great software company.

Feedback: What I’d love to see instead

Dear Microsoft, I don’t dislike Windows. I actually like much of it. But if a small aspect of the overall package makes it unusable, it doesn’t matter if 90% of it is rather good. Unusable is a binary state, one that should be avoided if you want people to actually use it.

What I’d like to see is a setting that checks: if we’re not connected to a power outlet, then do not download and install the updates. It’s extremely simple.

On this note, it would help if the funky little flick switches in the Settings App are actually connected to something. Yes, I’m looking at you “defer updates” switch – an option that although present is clearly not working on my version of Windows. So don’t just graphically build these things, do connect them to code!

Likewise, promises such as “we’ll do all this in the background” should be kept rather than sucking the last ounce of CPU power and bus speed from my 10 minute session at a coffee shop. Don’t just blatantly lie to people. Do it with more finesse, like your friends from Apple, Samsung and Google.

I’d love to see an option like “do not ever install updates automatically”, like there used to be. Perhaps even with a disclaimer we have to tick, telling us that it’s all our fault if our devices get hacked. Put some responsibility on the user, rather than try to babysit and make all decisions for us.

We the people, your customers, we are actually intelligent you know, to the point of having to be a Computer Scientist. I guess we must be, otherwise we’d never be able to use your crummy little OS – a process that’s becoming more cumbersome with each new iteration of Windows. 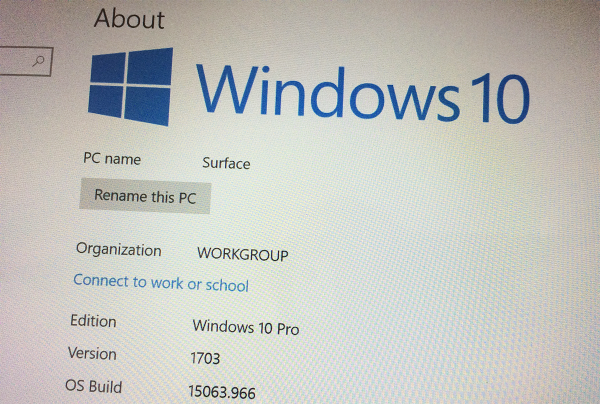 I’ve never seen a Linux flavour or macOS doing more than gently reminding us that there is a new version we can install – if we want. But if we don’t, then that’s totally fine too (although I do have a slight issue with macOS not displaying a “dismiss” button with the High Sierra nag anymore).

But Windows 10 is another matter altogether. I really don’t appreciate a machine I’m working with acting like this: “Right, that’s it, we’re upgrading – wether you like it or not! We’ve downloaded stuff in the background, even though you weren’t plugged in, were low on storage space, and had other plans for your device. We’re commandeering 95% of all system resources right now to download and apply the latest upgrade. Screw your presentation or whatever you were doing, there’s no way to defer this process. I’m the laptop, I’m in charge here!”

If this was a person, I’d choose not to work with them anymore. What makes you think I’ll let a friggin machine talk to me like this?

How do we fix it?

It’s not something any Windows user wants to hear, but truth be told, we can’t fit this issue! There’s just no way to upgrade on devices with low storage anymore. This is of course doubly sad if such devices have been manufactured by the very makers of Windows themselves!

Oh sure, we can probably do a clean install from external USB media, wiping all existing data on the device. That’s always an option. Or even better, throw the old hardware in the bin and spend $2k on a new gadget, one that lasts another 2-3 years, until it too needs to be discarded.

Computers are like chewing gum these days: use it for checking your email, then chuck it in the trash straight after. But please… don’t litter!

Speaking of chewing gum: how come a single stick of gum these days costs the equivalent of $1 and lasts for perhaps 5 minutes? Because I remember a whole pack of gum costing something like 10c, and the 7 included sticks would last a whole afternoon… but I digress, it’s probably the whole “getting old” thing.

I’m going to be honest with you here, Microsoft, brutally hottest:

Windows sucks. Period. It has always sucked, and even though for a while it looked as if it didn’t quite suck so much anymore, it now turns out that it still does a marvellous job as sucking big time.

Windows updates have always sucked the most. Again, for a short while it seemed that most of those woes would have been ironed out by the team, as Microsoft has actively asked for feedback on how the product could be made better – but now, only a few short years after they made such a good impression on us, it turns out the company is going back to their old ways: interrupting our workflow several times a day (or an hour perhaps) by throwing more updates at us than we ever wanted to see, putting Windows at the centre of the universe. Screw the users!

The aggressive nature with which we are forced to upgrade is atrocious. Just like the fact that there’s simply no way to opt out or defer the process, or even pick a time that’s convenient for the user. It’s like a science fiction nightmare come true: the machines have taken over, and we are made the slaves.

Here’s something to ponder:

isn’t it in Microsoft’s best interest to run the latest version of that crummy little excuse for an operating system? Therefore, you’d imagine Microsoft would bend over backwards to provide such updates, and make it as easy as possible to install them. If that’s not the case, users will simply stay on outdated versions of Windows and not care. This is hurting Microsoft more than it is hurting users.

I guess that’s why I really like my Commodore computers. They’re still running 40 year old Microsoft BASIC, and no updates have been necessary to this very date.